From our inception in 1971, we have been based in Coventry and we're still here to this day.

Coventry has a rich history of manufacturing dating all the way back to the Middle Ages! From the wool industry, silks, watch-makers and sewing machines to the bicycle and eventually motorcycle industries.

So what better major UK city to start a leather clothing manufacturing business in? 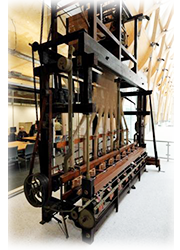 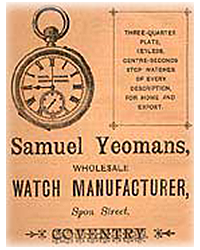 Coventry has always been an important and thriving settlement all the way back to the 11th century when Earl Leofric had control of the area and his wife Lady Godiva was said to have ridden through the streets naked with just her long hair for cover in order to get her husband to reduce the exorbitant taxes he was forcing the citizens of Coventry to pay.

All hail the great Lady Godiva! 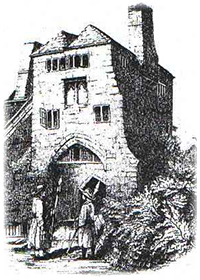 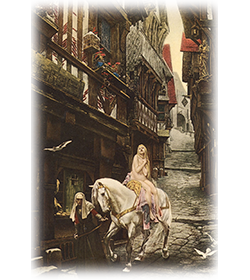 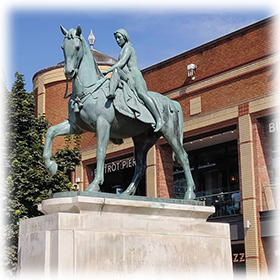 The name Coventry comes from the small settlement’s original name of Coffantree when it was just a Saxon village and it has grown and grown from there.

But that was all a very long time ago. In its more recent past, Coventry is famous for being the home of the Triumph Motor Company (as well as other prestigious car manufacturers such a Jaguar, Rover and Daimler) who began producing the first Triumph-branded bicycles in 1889.

It was in 1898 that Triumph decided to start producing motorcycles (the first being a bicycle fitted with a Belgian Minerva engine).

Unfortunately, Coventry is probably the most famous for the absolute battering we sustained during the Blitz in 1940 and again in 1941. Before this devastating time for our city, in the 1920s, Coventry had been described as “The best preserved Medieval City in England”. 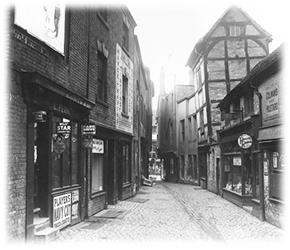 The devastation was so great that a new word entered the English and German languages to describe annihilation or reducing something to rubble; “Coventrate” / “Koventrieren”.

The city has struggled to recover ever since. The redevelopment of the 1960s has seen us become a concrete and brutalist landscape that is certainly not known for its beauty.

Despite this dark period in our history, Coventry remained prosperous, thanks to the number of car production plants, until the 1970s when the industry was hit hard by industrial disputes and increasing foreign competition. Triumph closed in 1980.

The feeling of the city was captured perfectly with Coventry’s own band The Specials hit song "Ghost Town”, released in 1981. 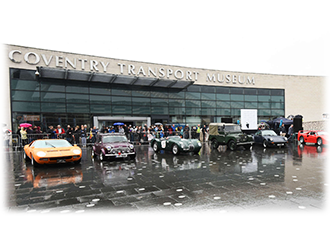 But it wasn’t all doom and gloom. After spending a good decade working the markets, we set up shop in 1982 in our manufacturing showroom on the west side of Coventry in Tile Hill and Bikers Paradise motorcycle clothing was born.

Over the ensuing decades, we have created and produced an enviable array of trusted leather motorcycle clothing (and more) from our Coventry factory showroom.

We are even featured in the Coventry Transport Museum (pictured above) when our leathers won awards in the 90s. Our display is still there to this day. 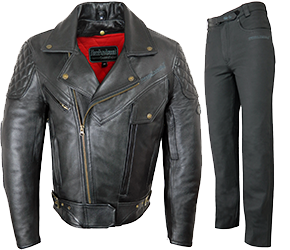 Although we are now unable to manufacture everything here in Coventry, we are proud to still be able to offer our own design CE certified motorcycle clothing to bikers all over the world.

Coventry may not be what it once was but its home (and centrally located for all our loyal UK motorcyclists) and we’ll be flying the flag for our city for as long as we can!